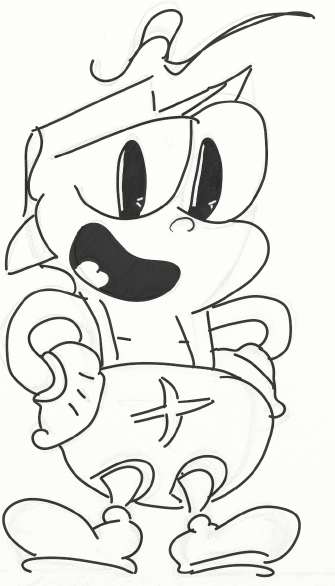 I was playing a game of chess 2D style on a tablet and it just seemed so 1980’s. While thinking of my next move the wheels in my head began turning and I started to think that there has to be another way to make this game more robust. If I took what I already know about programming could I make a program that was truly 3D? Probably not, right? Well, maybe, just maybe I could…

Granted, this is nothing more than technically describing what we see when light transmits or reflects off of the given surface but it still led me to think that everything that we see is nothing more than what we think we see because we are slaves to our visual ports. Could we not then use a bit of optic tricks and tell our brains that we are seeing something that may or may not be there? I’m thinking so but it will take a bit more work to properly bring this idea to fruition.

Consider the idea that light is really nothing more than what we (or our minds) make of it. Again, referencing to the video above, if someone is color blind then what they witness is limited by their faculties. Therefore, if we can fool our sensory gates into seeing in 3D than 3D does exist. The trick is utilizing optics to our advantage. After taking apart numerous devices which utilize lasers I have been working on the math which is giving way to the theory of a self-terminating beam which will give the illusion of a termination point in space. Thus, providing to the viewer that a “wall” or viewing screen is there when in reality it is not. Much of the basis for this is utilizing a series of lasers to cancel out the signals at a point of intersection which gives way to the viewing screen effect.

With this hypothesis statement being made now comes the fun part of trying to get these things to really happen. Like the old saying, “After all that’s said and done there’s a lot more said than done.” I think a bit of rolling up the shirt sleeves would be in order.

If we apply the priciple of superposition when the two laser beams meet a stationary wave is formed. This is because of the nodes and anti nodes. The nodes are like points when there is zero vertical displacement of light while anti nodes occur when there are four times the intensity of a normal laser.

Laser talk can blab on forever about it’s properties and such but more to the point really is that you can only have time-averaged cancellation if the two waves are traveling in the same direction. If the waves are traveling at angles, they will continue on unaffected after passing each other.

You can only have time-averaged, overall cancellation (as opposed to transient, instantaneous cancellation at specific points in time and/or space) if the waves are 180 degrees out of phase at all times. However, this is not possible for waves traveling in different directions. The waves might be perfectly out of phase at a frozen moment in time: 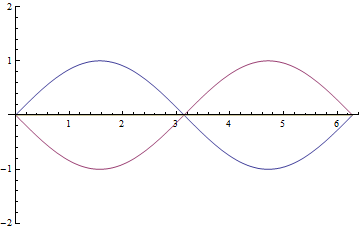 Utlimately, when two lasers meet at one point (no matter what the angle 180, 90, 45, etc) it doesn’t do much to the naked eye. However, when matter is present at the crossing point, very interesting effects can happen, especially if we’re talking about femtosecond pulses meeting in a non-linear crystal. For the purposes of my experiement I will be using various materials at the point of intersection to create various 3D affects.

I have worked on a lot more than what is on this page but this does communicate the basic heuristic. As time moves forward I will continue to put more information on this page as I complete the given phases of my project/experiement, then I will make those things a bit more presentable and then I will post them here in some sort of video format, tutorial or the like.